Congratulations to all the schools who were nominated and who won awards at the 2017 Cappies Awards Gala last night!

Stone Bridge was very proud to be nominated for three Cappies. Here are the nomination title cards shown during the Awards Gala: 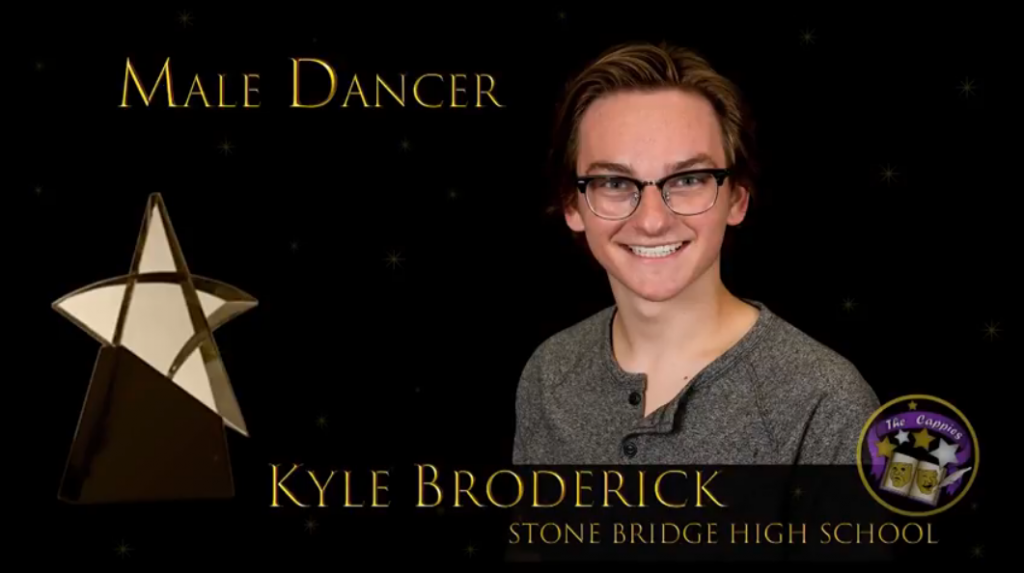 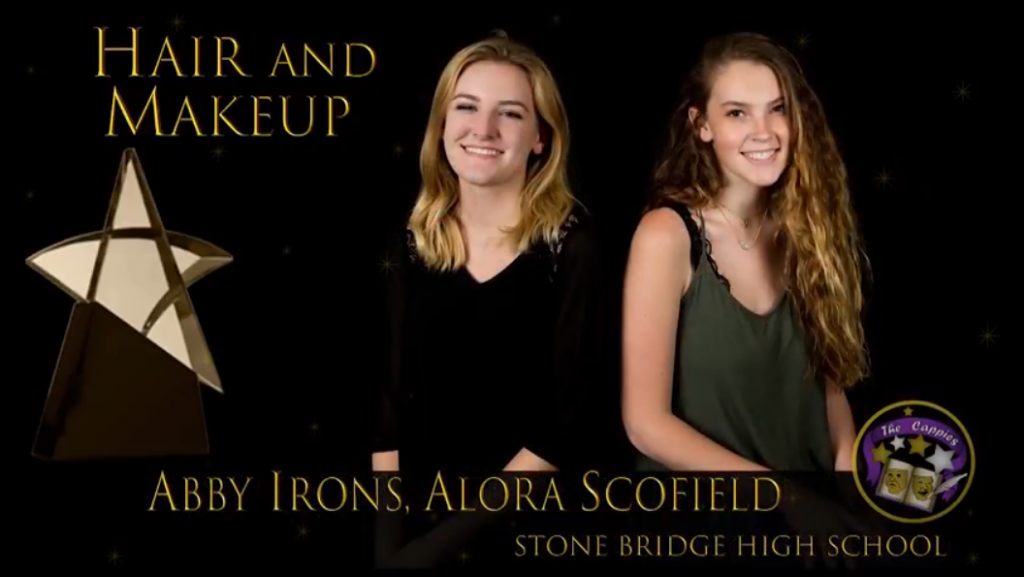 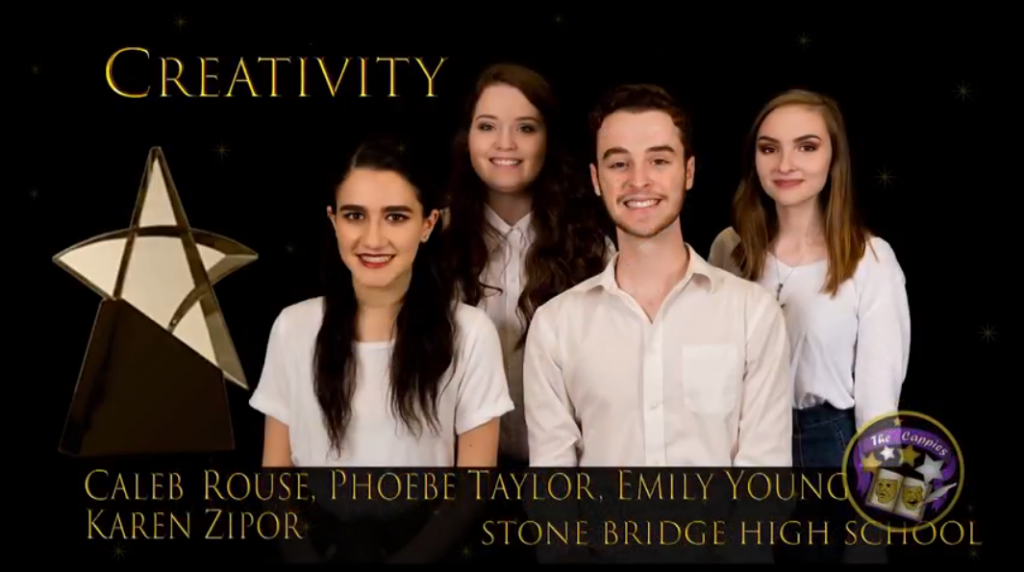 For the second year in a row, Stone Bridge won the Cappie Award for Creativity. Here is the title card shown after the announcement: 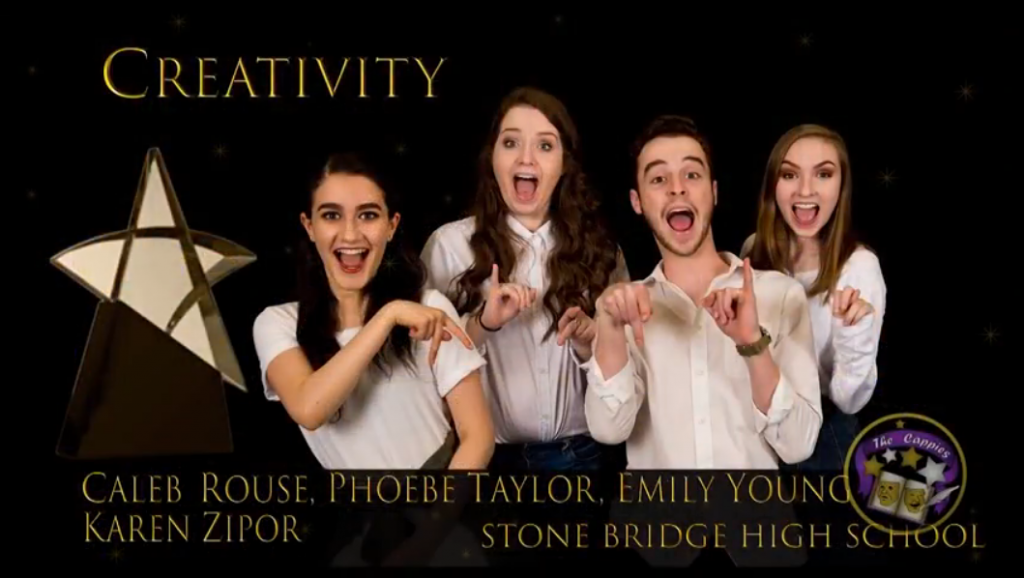 Here is the team accepting the award: 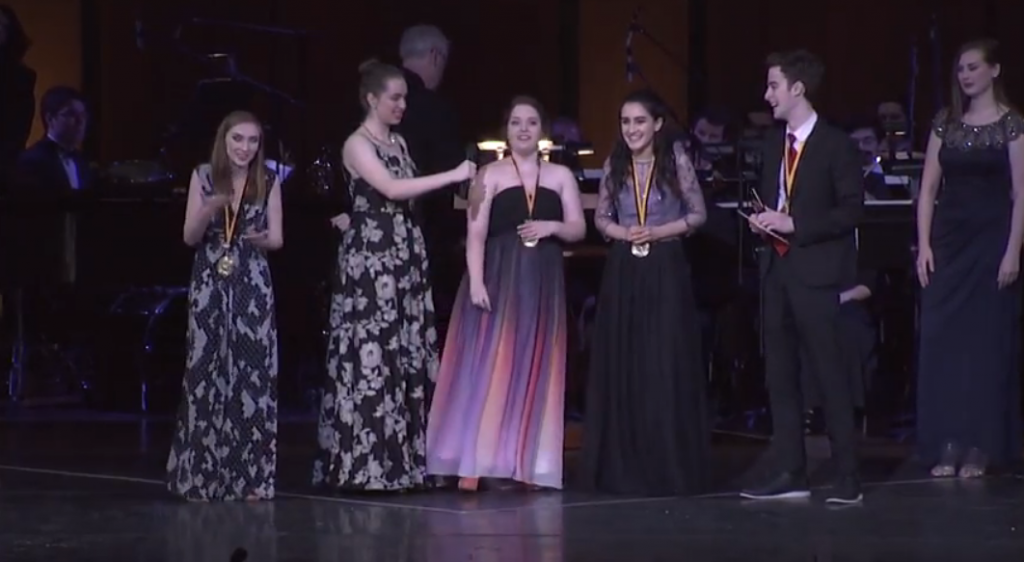 You can watch the award segment here: